Simon Barnes is a journalist, author & columnist who lives in the locality.  He is well-known as a naturalist and this article,  published in The Times, is just too atmospheric to become a wrapping for fish & chips.

“Suffolk is not flat. It’s important to get that into your head before you come here. Suffolk is fascinatingly but subtly curved. Think of Keira Knightly but without the pout. Suffolk doesn’t need pout to be alluring. Suffolk is undulating. If you want flat – the sort of country where you can stand up and instantly be a landmark – go to Norfolk, Lincolnshire or Cambridgeshire. Suffolk is hardly ungenerous in the amount of sky it puts on view but it really does go up and down.

It was wildness that brought me to Suffolk for a day out, a weekend, a week, a season, or a life. This is a place that humans will never quite control. They’ve been trying for years and are still failing. There is a mighty force still shaping the Suffolk landscape at a dramatic and sometimes deeply alarming rate. It’s the sea.

You might think Suffolk is a tame sort of place compared with the Scottish Highlands or Dartmoor. In Cornwall, you get great lumpy land marching to the sea, then the sea dashing itself to pieces on the land: a place of abrupt transitions. But the Suffolk coast, where the hand of man is certainly more obvious, is still wilder.

Suffolk’s gentle-looking sea, heaving about rather petulantly, and generally the colour of parsimoniously made instant coffee, is a deceiver. It has no need to go in for cheap theatrics. It is too busy devouring the land.

No abrupt transitions here. Between the sandling heaths and sea itself are acres of land which, while they are certainly not sea, are clearly not land in any demanding sense of the term. This is a strange and prolonged transition zone: brackish lagoon, reed beds, shingle banks, rivers that turn and run parallel to the sea as if losing their nerve at the last moment, places where the sea constantly fiddles with man-made barricades, places where these barricades have already ben casually demolished. This coast is dangerous to human notions of certainty.

I remember taking a favourite walk along the Dingle Marshes, only to find the path submerged. Not submerged as in damp underfoot: the place was surgingly dangerous, an instant call to any sober person to find another way. I waked a mile to make the 200 yards that had been lost.

Strange, spooky, unlikely, and all lit up with a wild pearly glow. It is just like the nacreous light of Venice, and it occurs here for the same reasons it exists there; brackish lagoons, marshes, a perpetually shifting coast. For years, artists of varying merit – the star is Philip Wilson Steer – have travelled to Walberswick to catch it.

But turn your back on Walberswick and head south. Into the reeds. Into another dimension. Here you will often see the strange, slightly wobbling dihedral of a marsh harrier: a bird of prey that 40 years back was down to a single breeding pair.

Now they are back, established, confident and lovely, especially the males, tricked out in copper, silver and sable. Avocets breed here: they were extinct as breeding birds in this country until just after the war. At dawn in late April and early May, you will hear the funky booming of the bittern, yet another bird that has come back from the edge.

You are not walking into a wilder place but into a wilder time: one when the wild world was closer to us. It’s not just birders and natural history buffs who come here to seek it: Suffolk is visited all the time, and again and again, by people who need a little more wildness in their lives.

And wildness is easy to find. The wonderful Suffolk Wildlife Trust runs a swathe of reserves across every different kind of habitat, from the mad soft coast through to lovely inland woods.

Red deer rutting. Badgers on their evening business. Foxes at lay. Roe deer at peace. Otter, water vole. Stoats and weasel by splendid chance. The song of a nightingale. Barn owls looking as if they owned the place. Adders, natterjack toads and once, a 5 foot swimming grass-snake. I’ve seen marvels here and I haven’t even started on the invertebrates.

Suffolk is a place to come to. They have been doing it for centuries; Suffolk people taking it in their stride. It’s – well, ever so slightly English, churches and pubs and beach huts. Oh, it’s a highly civilised place, Suffolk.

But its heart is wild. So is mine.”

Article reproduced by kind permission of The Times 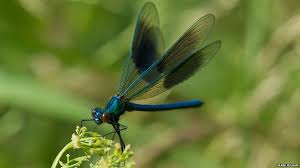 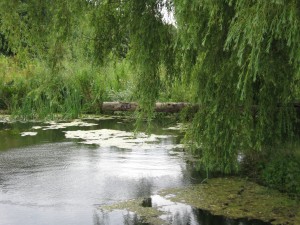 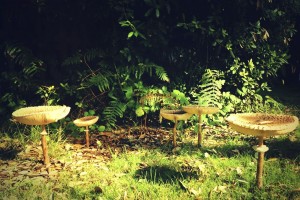